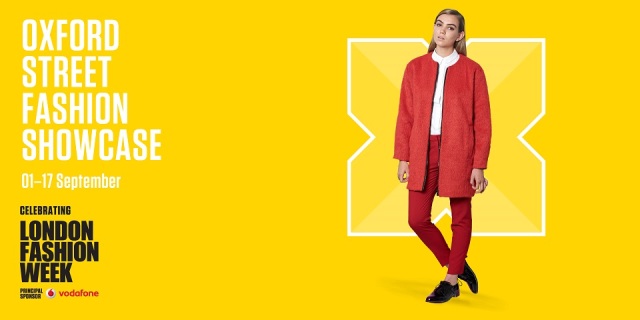 Oxford Street has never been my favourite shopping destination – too noisy, too crowded and too touristy. Its only saving grace is Selfridges but it’s been years since I ventured further east than the iconic yellow signs of the largest department store on the 1.5 mile long shopping street.

But this month Oxford Street is hosting the most influential fashion campaign of its 150 year history and it may be just the thing to tempt me back. In celebration of London Fashion Week, Oxford Street has teamed up with the British Fashion Council to give shoppers an insider glimpse into the fashion industry. Over 15 of the street’s most internationally recognizable fashion emporiums, from Selfridges, Topshop and River Island to John Lewis, House of Fraser, H&M and Gap have provided a range of exclusive experiences such as fashion forums, guest star interviews, makeovers, blogging workshops, celebrity pop-up DJs, in-store styling sessions and fashion career mentoring.

Even if you can’t get there in person you can still be part of the experience, as shoppers from across the globe will be able to get their fashion fix 24/7 with the launch of Oxford Street TV and real time store updates via social media. In addition, Oxford Street has collaborated with London Fashion Week designers, including House of Holland and Alice Temperley, to dress the street with 75 fashion flags, each illustrating the very best of the British fashion industry.

“This season we have taken fashion week to the streets of London and rallied support from the whole capital by making London Fashion Week much more inclusive,” British Fashion Council Chairman Natalie Massenet said in an opening speech on Friday. “Anyone, all of us are free to come down and join.”

Personally, I think that anything which gets people interested in fashion and supporting the industry, including events such as LFW,  is a good thing. What do you think? Do you welcome the democratization of designer fashion or do you think it’s wrong that the high street is ‘cashing in’ on London Fashion Week? 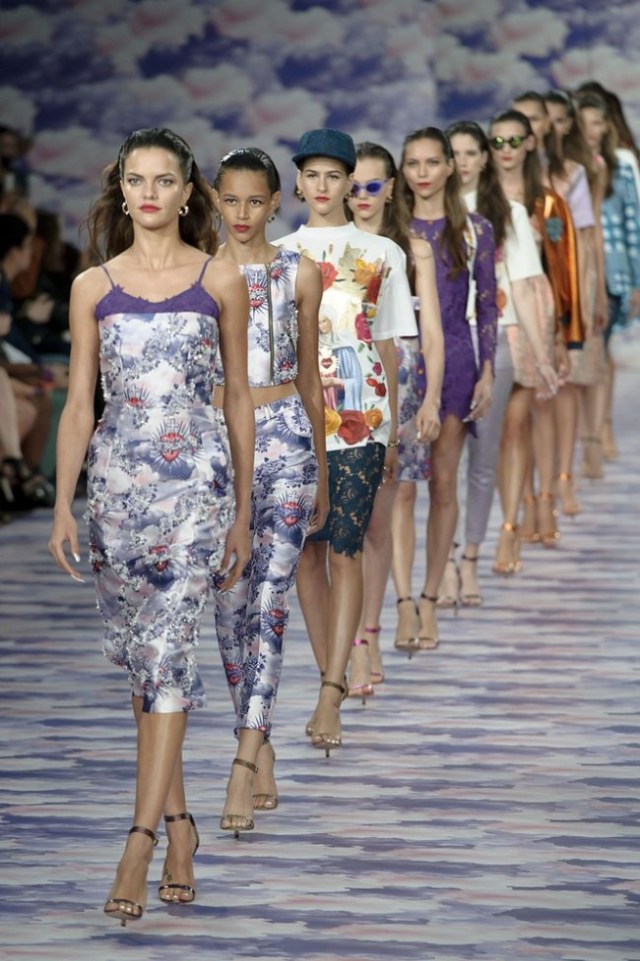 It may not be as sleek as its New York, Milan and Paris counterparts (according to the media anyway) but I love the edginess of London Fashion Week and the sense that anything (on or off the catwalk) could happen. With established fashion houses such as Burberry and Paul Smith rubbing shoulders with lesser known up-and-coming designers, London is arguably the most creative and innovative of the fashion capitals.

It is with a slight sense of nostalgia that I’ve been following this season’s proceedings. A few years ago I would have been there in person – not exactly in the front row, but near enough to soak up the atmosphere and see all the action up close. While the live streaming is pretty amazing, the most fun part of fashion week for me was always watching the people in and around the venues. I think you can get as much, if not more, style inspiration from the audience sitting (or standing) around the catwalk as you can from the models walking down it.

One thing I don’t miss, however, is waking up at 6am and agonizing over what to wear to the shows. Especially on a day like today when I’m sitting here wrapped up in a blanket and nursing a cup of hot water with honey and lemon to soothe my sore throat. The definite downside to autumn is the cold and flu viruses that start doing the rounds as soon as the leaves turn yellow.

But enough about my runny nose and on to some of my favourite runway looks from LFW so far: 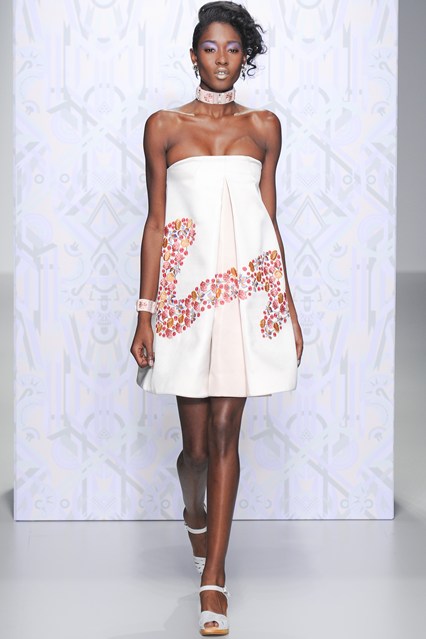