Time to hold my hands up and take back everything I said about not being a trainer kind of girl – these babies are just too cute to pass up!

For Spring/Summer 2014, Nike and Liberty London have once again collaborated to create an on-trend collection that combines the sports giant’s classic footwear with floral prints from Liberty’s extensive print archive. In pretty shades of blue, with laces and trimmings in beige, the collection manages to combine sporty and delicate with stunning results.

Anoosha, a 1930’s print featuring blossom and bell flowers; Lora a print based on a 1970s version of William Morris’ ‘Willow’ pattern; and Crown, a design based on various paisley block prints, adorn the Air Max 1, Air Max 90, Roshe Run. For the first time, vintage running favourite the Internationalist also receives a Liberty makeover as do basketball classics, the Blazer and the Dunk Sky Hi.

Launching today, the full collection, which also includes running shorts, a windbreaker, and a vest is available in-store and online but it’s selling fast so hurry, hurry! 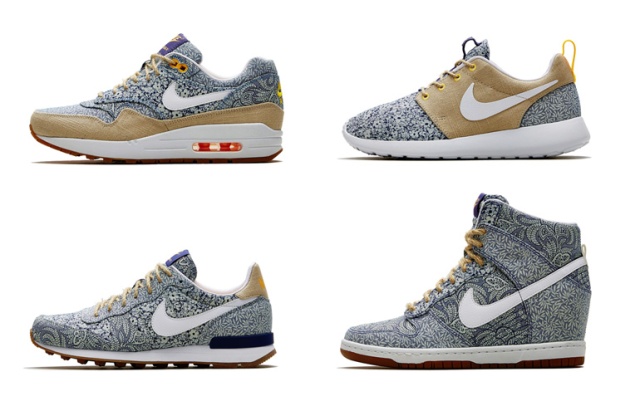 Which is your favourite? I like the Internationalist (bottom left in the picture above) and the Blazer hi-tops (below) the most as they have thinner soles than the other styles. 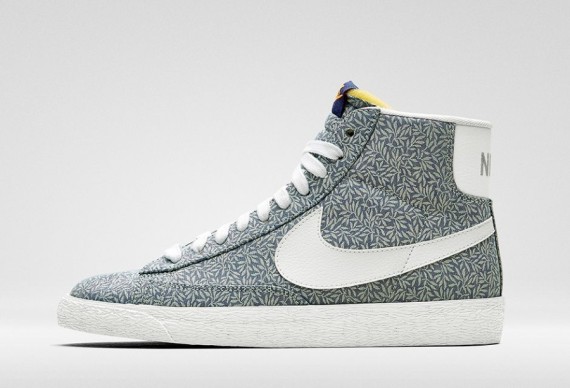 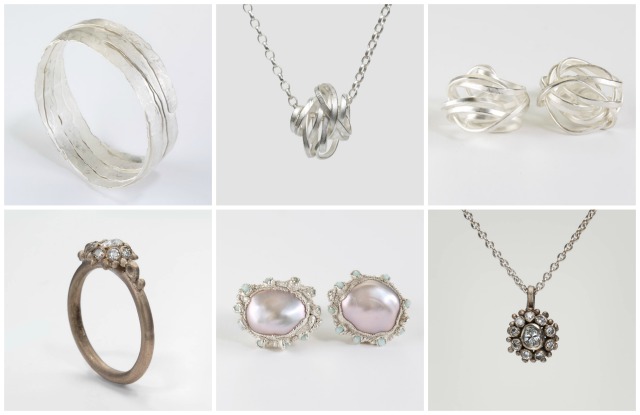 As someone who writes about fine jewellery for a living, being confronted with temptation on a daily basis is a hazard of the job. Most of the pieces I write about are either way beyond my budget or too ostentatious for my lifestyle  (or more often that not, they fall into both these categories) but the other week I came across a designer whose creations really speak to me. UK based jeweller Ruth Tomlinson’s unique designs are inspired by the idea of life cycles and changes in nature, from birth to decay. She launched her first collection in 2001 and has recently expanded into diamond rings and wedding bands.

With prices starting at £90 for a pair of earrings, these pieces from her Sketch collection (top row in the picture) are definitely going straight onto my birthday and Christmas wish lists. You can view all Ruth’s collections and buy online here

From Catherine Deneuve and Emmanuelle Beart to Josephine de la Baume and Lou Doillon, French women have captivated the fashion world for decades with their unending chic and seemingly effortless style.

A new book out this month entitled ‘Forever Chic: Frenchwomen’s Secrets for Timeless Beauty, Style and Substance’ promises to reveal how our Gallic counterparts acquire (and maintain) that certain je ne sais quoi that doesn’t seem to diminish with age. Fashion journalist Tish Jett who also writes the blog A Femme d’Un Certain Age has lived among the French for years and studied them to learn the secrets behind their wardrobe, beauty, diet, and hair rituals.

While I’m mulling over whether or not to buy the book, I’m happy to get my French style kicks from the new A/W 13 collection by Comptoir des Cotonniers. Under new creative director Amelie Gillier, the label has been given a more modern feel, whilst still retaining an urban twist and feminine edge. The result is a contemporary rock ‘n’ roll inspired collection that bears more than a passing resemblance to Zadig & Voltaire, the cult fashion label that Gillier co-founded when she was just 21.

Here are some of my favourite looks: 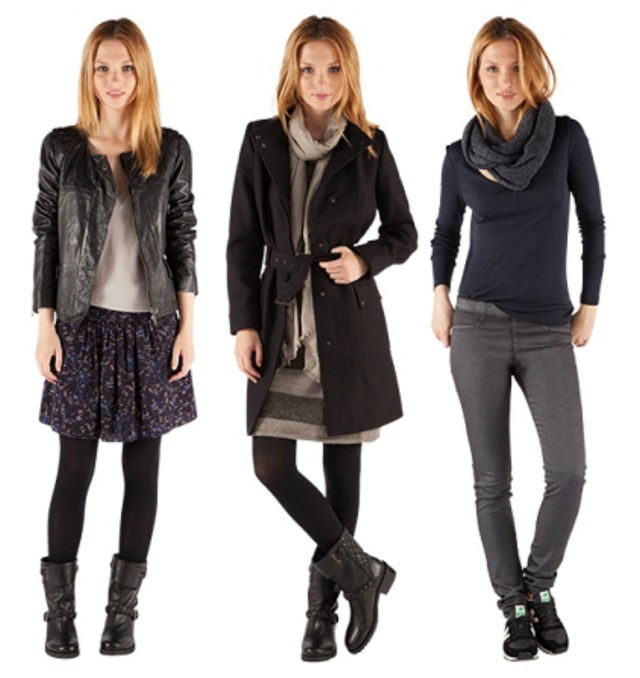 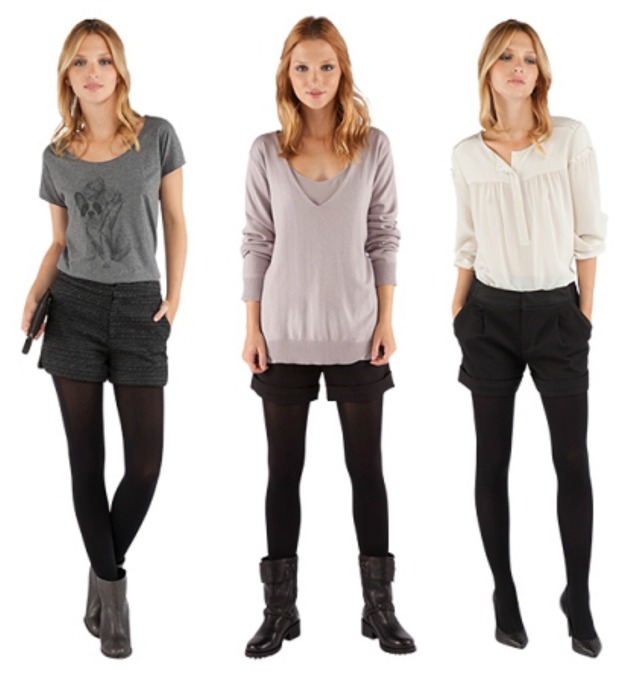 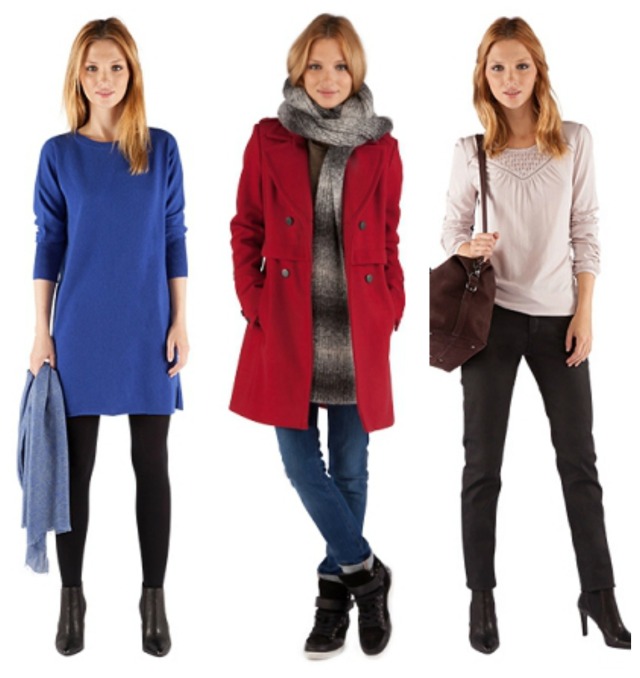 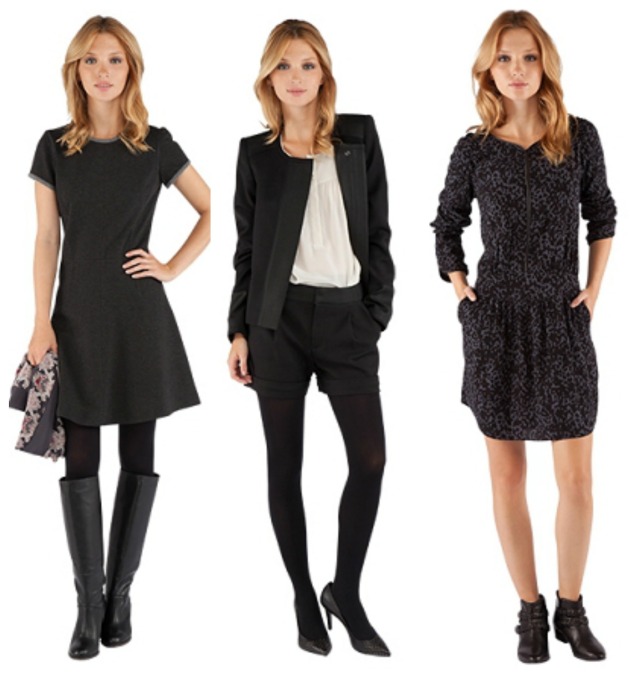 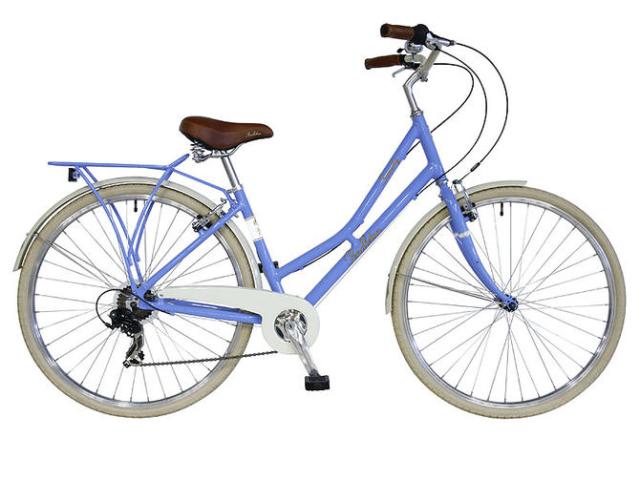 Yes that’s right, not clothes, not makeup, not even a new sofa – the current object of desire on my radar is a bicycle. The cycle craze in the UK has gone off the scale since the Olympics and Bradley Wiggins’ triumphs last summer and, while I don’t see myself donning the Lycra and breaking a sweat while racing around Surrey Downs on the weekends (or any other time for that matter), I have recently rediscovered the joys of cycling. In fact, until a couple of months ago I hadn’t even ridden a bike since I was 17 and had a summer job on a pick-your-own farm a couple of miles from my parents’ house. But then in June I went to an outdoor concert with some friends and, as the weather was nice, it was decided that we would cycle to the venue. My husband was dispatched to my parents house to pick up my old bike, which had been sitting in their garage for the last 20 odd years, and bring it home to pump up the tyres and oil the chain. The old saying is true – ‘you never forget how to ride a bike’ – and after a slightly wobbly start I quickly got the hang of it again. Since then I’ve been on bike rides with my son, cycled to the shops and also found that a bike is particularly handy for nights out with friends when you don’t want to fork out for a taxi home.

But while my bike still works, and is now so retro that it actually looks kind of cool, it does feel slightly rickety and also needs new lights. So I’ve got my eye on this Victoria Pendleton Somerby bike (£279.99 from Halfords) – it’s not a racing bike exactly but perfect for the kind of cycling that I want to do. In my mind I see myself cycling along, Parisian style, with a fresh baguette and some organic veg in the basket, wearing a cute pair of capris and ballerinas with a scarf tied nonchalantly around my head. And that, of course, is where the fantasy stops because to stay safe on our heavily trafficked roads and to set a good example to my kids (how can I expect them to wear one if I won’t?) I’ll have to wear a helmet. As we all know bicycle helmets aren’t exactly renowned for their stylishness, but after surfing around the net I discovered that they’ve come a long way in the last couple of decades. Here are three brain protectors that I would be happy to be seen in: 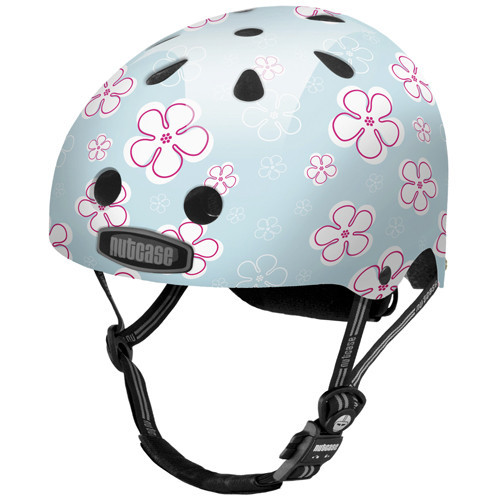 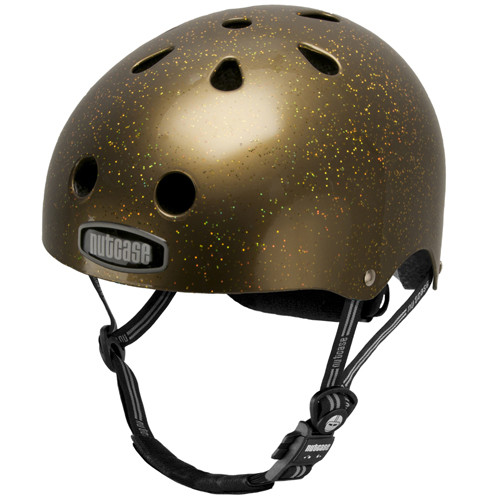 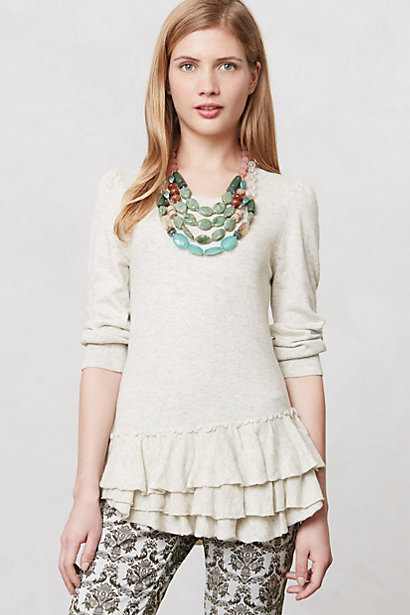 Anthropologie is hands down my favourite store to visit and have a browse around. It’s like a treasure trove full of lovely clothes, accessories and homeware, all beautifully displayed in an old building where every nook and cranny reveals more hidden gems. At the moment, however, as I don’t relish a shopping trip into town with three children in tow, the online store will have to suffice.

This lightweight sweater by Knitted & Knotted is perfect for early Autumn days when a chill is just starting to creep into the air. The cream colour makes it wonderfully versatile while the cute ruffles stop it from being another boring basic. Add a statement necklace (as in the picture above) and it’s smart enough to wear for evenings out. What’s not to like? And yes, I have already ‘clicked to buy’ so I will let you know if the real thing lives up to the online promise.