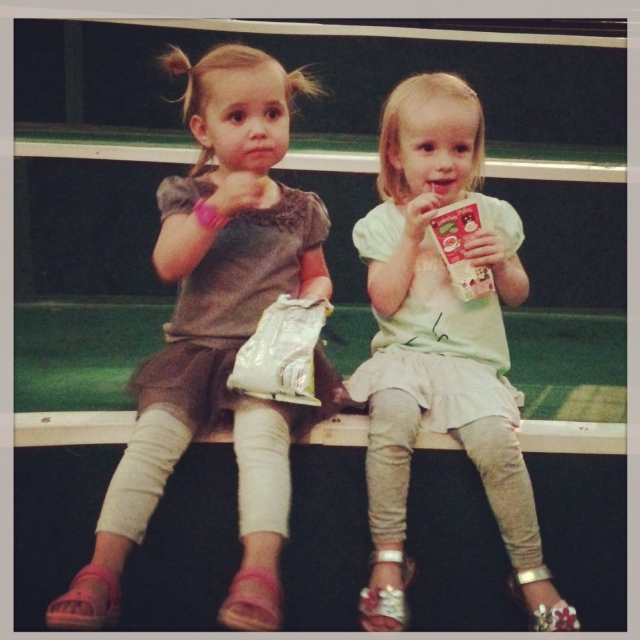 Clemmie and I have spent a delightful afternoon together with our friends in the company of Iggle Piggle, Upsy Daisy and the Tombliboos.

For those you who don’t have children, I have not gone completely doo-lally (yet) – they are characters from an immensely popular children’s TV programme called In the Night Garden. My friend and I took our daughters to see the stage version of the show – a perfect treat to end Clemmie’s birthday week.

The girls both enjoyed the show, shouting out each time their favourite character came onto the stage and dancing along to the music. Unfortunately, meeting the giant Upsy Daisy after the performance was not such a hit with Clemmie who was terrified and refused to sit on the character’s lap to have her picture taken! 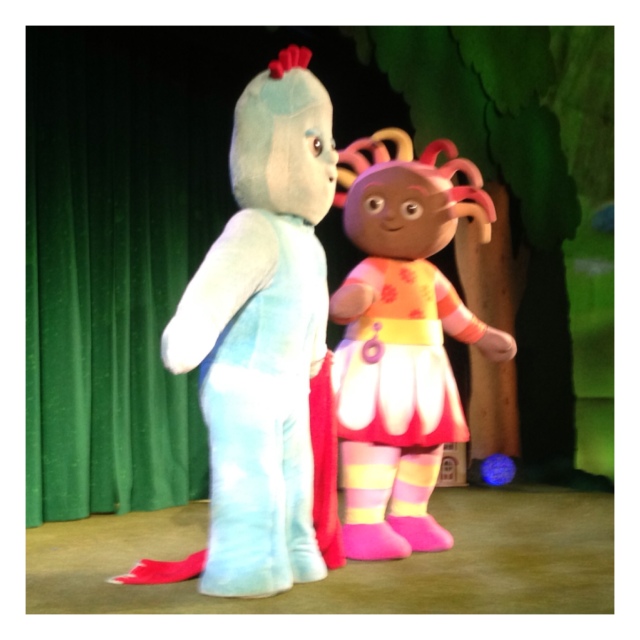 Now, time to relax at the end of another lovely hot day with a glass of wine and glossy read. Have a great weekend!